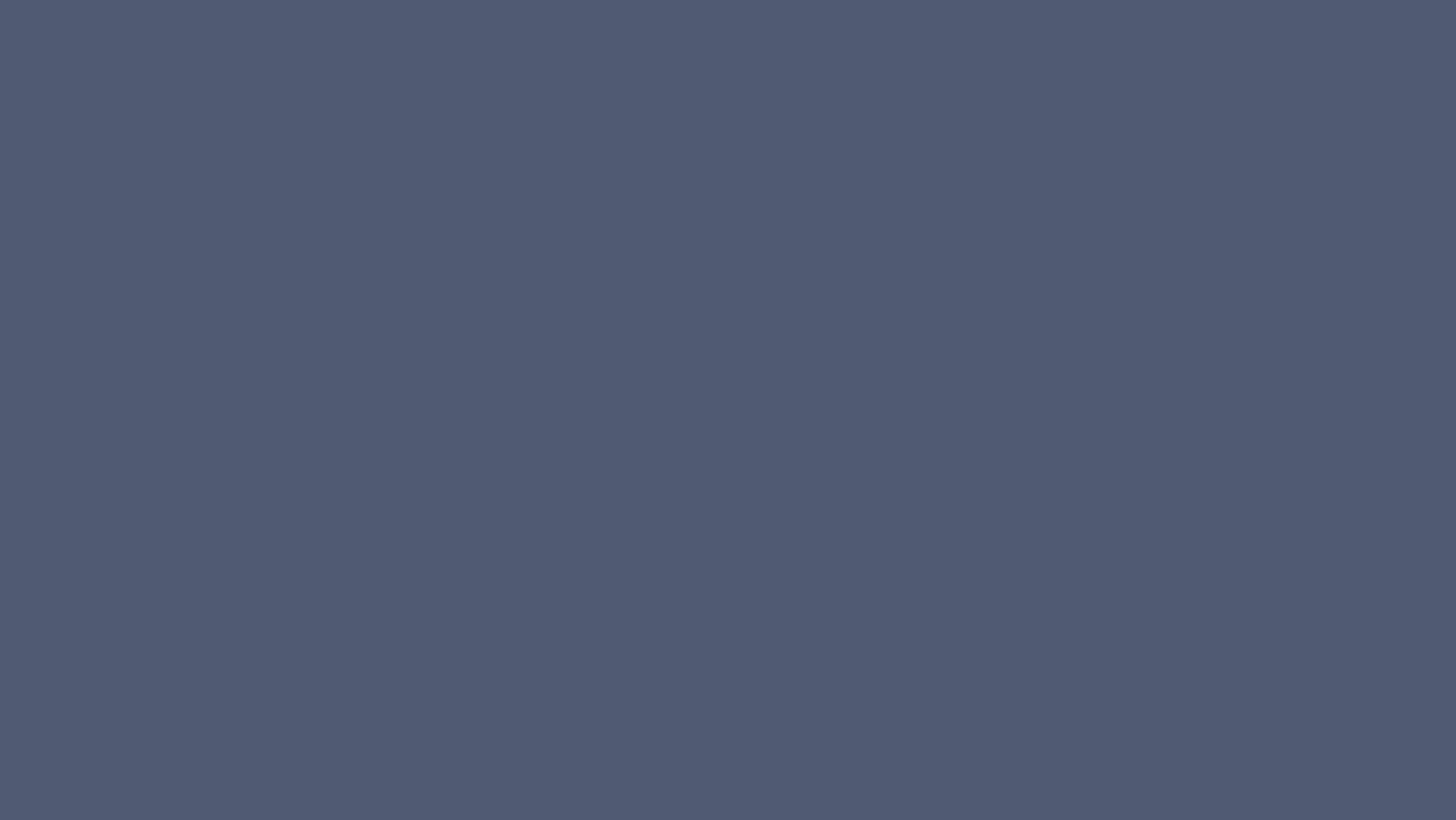 Results from animal studies showed that Δ9-THC, but not CBD treatment reduced basal salivation. However, CBD did reverse the salivation-induced Δ9-THC effects.

Approximately 90% of our saliva is secreted from the salivary glands regulated under neuronal control. [1] Consisting of 99% water, the saliva has multiple critical functions including taste, mastication, bolus formation, enzymatic digestion, and swallowing. [2] When the salivary glands are impaired, this can cause several severe forms of xerostomia or dry mouth, which can lead a difficulty swallowing, oral infection, and poor quality of life. [3] Cannabis use is known to be associated with dry mouth when consumed and interacts with the endocannabinoid system (ECS), composed of cannabinoid receptors 1 and 2 (CB1R, CB2R).  While Δ9-tetrahydrocannabinol (Δ9-THC) acts as a partial agonist to CB1R and CB2R, cannabidiol (CBD) has little binding affinity to either and can even acts as a negative allosteric modulator in the presence of Δ9-THC. A report by Korchynska et al., showed that the G-protein coupled receptor 55 (GPR55) was implicated in salivary gland development, but there are no studies investigating CB1R/CB2Rs’ roles, specifically after cannabis consumption. [4]

A group of researchers at the Indiana University aimed to determine whether CB1R are involved in regulation of salivation following Δ9-THC and CBD administration in mice. [5] Using immunohistochemistry techniques, they first showed that CB1R are expressed in a group of neurons of the submandibular gland. Secondly, they found that Δ9-THC treatment as well as the application of a CB1R agonist (compound activating CB1R receptors) reduced basal salivation 1h after treatment. Thirdly, application of CB1R or CB2R antagonist did not change salivation. Finally, CBD administration did not affect salivation but did reverse the effects of Δ9-THC.

The authors concluded: “Our chief findings are that THC reduces salivation in both males and females in a CB1-dependent manner and that CB1 receptors reside chiefly in cholinergic axons innervating the submandibular gland…THC likely acts by plugging into this system, activating CB1 receptors to reduce salivation, thus offering a mechanism underlying the dry mouth reported by cannabis users.”

The goal of the study will be to improve the knowledge of cannabis use on HIV-related health outcomes to enhance patients’ care.

Reports indicate that cannabis use is on the rise among individuals with human immunodeficiency virus (HIV) with as many as 1 million consumers in the US. [6] Florida, a state that legalized medical cannabis in 2016 under Amendment 2 (listed HIV as one of the underlying conditions to obtain a medical cannabis card), has a high incidence and prevalence of HIV infections, which makes it a valid candidate to study cannabis use in patients with HIV. [7] While the HIV National Strategic Plan for 2021-2025 notes the important of engagement in care to reduced HIV-associated co-morbidities, little is known about the impact of motivations related to cannabis use in these parameters. [8] Additionally, there is a lack of information on the amount of cannabis consumption in these patients as well as the consequences linked to cognitive function and inflammatory responses.

To improve this gap in knowledge, a combined effort from universities in Florida designed the Marijuana Associated Planning and Long-term Effects (MAPLE) to evaluate the impact of cannabis use on HIV-related health outcomes including effects on cognitive function and systemic inflammation. [9] 333 participants were recruited from three locations in Florida (Tampa, Miami, and Gainesville) and will undergo follow-ups with questionnaires, blood, and urine samples. Majority of participants were ≥ 50 years of age, male, and non-Hispanic Black. While most participants reported using cannabis in flower form, the specific levels, and types of phytocannabinoids was not assessed.  Annual updates to HIV surveillance data will be determined through at least 2027.

The authors concluded: “To our knowledge, the MAPLE study is the largest prospective cohort study designed to improve the understanding of the health impacts of marijuana use in people living with HIV… The planned analyses of the MAPLE study will provide new evidence to improve our understanding of the health effects of marijuana use in persons with a chronic disease such as HIV infection.”

Cannabis legalization across US states is a relatively new phenomenon, as demonstrated by California being the first state to legalize medical cannabis in 1996 and Colorado and Washington being the first states to allow recreational use in 2012. [10],[11],[12]The cannabis industry is one of the fastest growing industries in the US and recent reports now indicate that more 141 million Americans live in a state where cannabis is legal for recreational purposes. [13] Additionally, cross-sectional studies have shown that there is an increased in cannabis consumption and cannabis use disorders in states where recreational use is authorized compared with states where it is medically allowed or illegal. [14],[15] One area of interest is to understand how cannabis recreational legalization shapes genetic liability to use cannabis as studies are lacking.

A study done by Zellers et al., aimed to investigate the effects of recreational cannabis legalization on cannabis use frequency in an adult twin population cohort sample born in Colorado and Minnesota, two states with similar demographics but different cannabis laws (i.e., cannabis is fully legal in Colorado but is legal for medical use in Minnesota (food and beverages with less than 0.3% of Δ9-tetrahydrocannabinol (Δ9-THC). [16] The group wanted to assess how much more frequently was cannabis used, what are the sources and magnitudes (i.e., genetic, environmental factors) and do those sources change over time. The study analyzed data from individuals aged 24 to 47 years old (1425 in legal states and 1996 in illegal states) comprised of 1407 males and 2056 females. Firstly, they found that pre-2014 use, individuals in legal states used cannabis more frequently compared to residents of illegal states, confirmed in pairs of monozygotic twins by ~ 20%. Secondly, the genetic correlation between cannabis use before and after legalization was lower in states that legalized cannabis compared to those who did not.

The authors concluded: “Through the use of zygosity-stratified co-twin control analyses, we found a ~ 20% increase in cannabis use frequency, consistent with a causal effect of recreational legalization. These results do not, by themselves, demonstrate how more frequent use in legal states translates to changes in health or behavioral consequences, therefore future work is necessary to further address complex questions around the public health impacts of legalization and vulnerability to widely available marijuana.”

This study showed that 69% of participants had heard of CBD and 10% used it.

As opposed to Δ9-tetrahydrocannabinol (Δ9-THC), cannabidiol (CBD) is non-psychoactive, does not exhibit a dependence or abuse potential, and has a relatively good safety profile. [17],[18] While legal in most US states, CBD’s legal status in Europe differs among countries. [19] For instance, CBD is authorized in France if there is less than 0.3% Δ9-THC, and those products are sold in specialized shops, pharmacies, and supermarkets (CBD flowers cannot be purchased in pharmacies and supermarkets). [20] While having therapeutic potential in a wide range of disease states, there is a lack of randomized, placebo-controlled studies to make solid conclusions. Additionally, the CBD regulation in Europe is not cleared and as such, issues with labelling and product qualities can increase health risks in the population.

To answer this, a group of researchers from Aix Marseille University in France aimed to determine the prevalence of CBD use and understand the profile of consumers by focusing on the degree of harmfulness. [21] The surveys were conducted in December 2021 from 1969 adults (52% women) as part of the SLAVACO research project. From this sample, 69% had heard of CBD and 10% had used it. Of those who heard it, 47% considered it harmful and 30% not harmful at all. Specifically, this was mostly individuals with younger age, being born in France, and being a tobacco and cannabis consumer.

The authors concluded: “10% of the adult population in our French sample reported using CBD, and several user profiles emerged. Further research in the general population on the knowledge, the perceived effectiveness, and the motivation for CBD consumption, as well as on its real-life toxicity are required.” 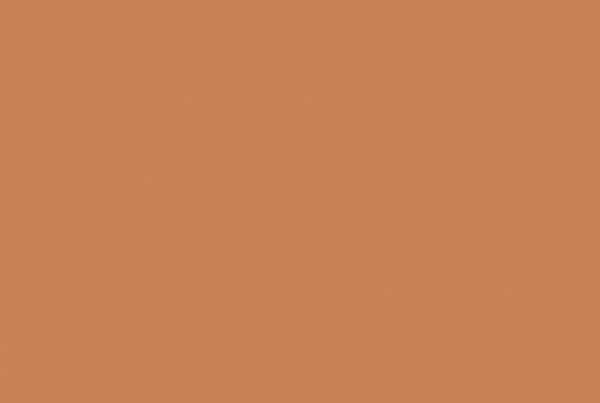