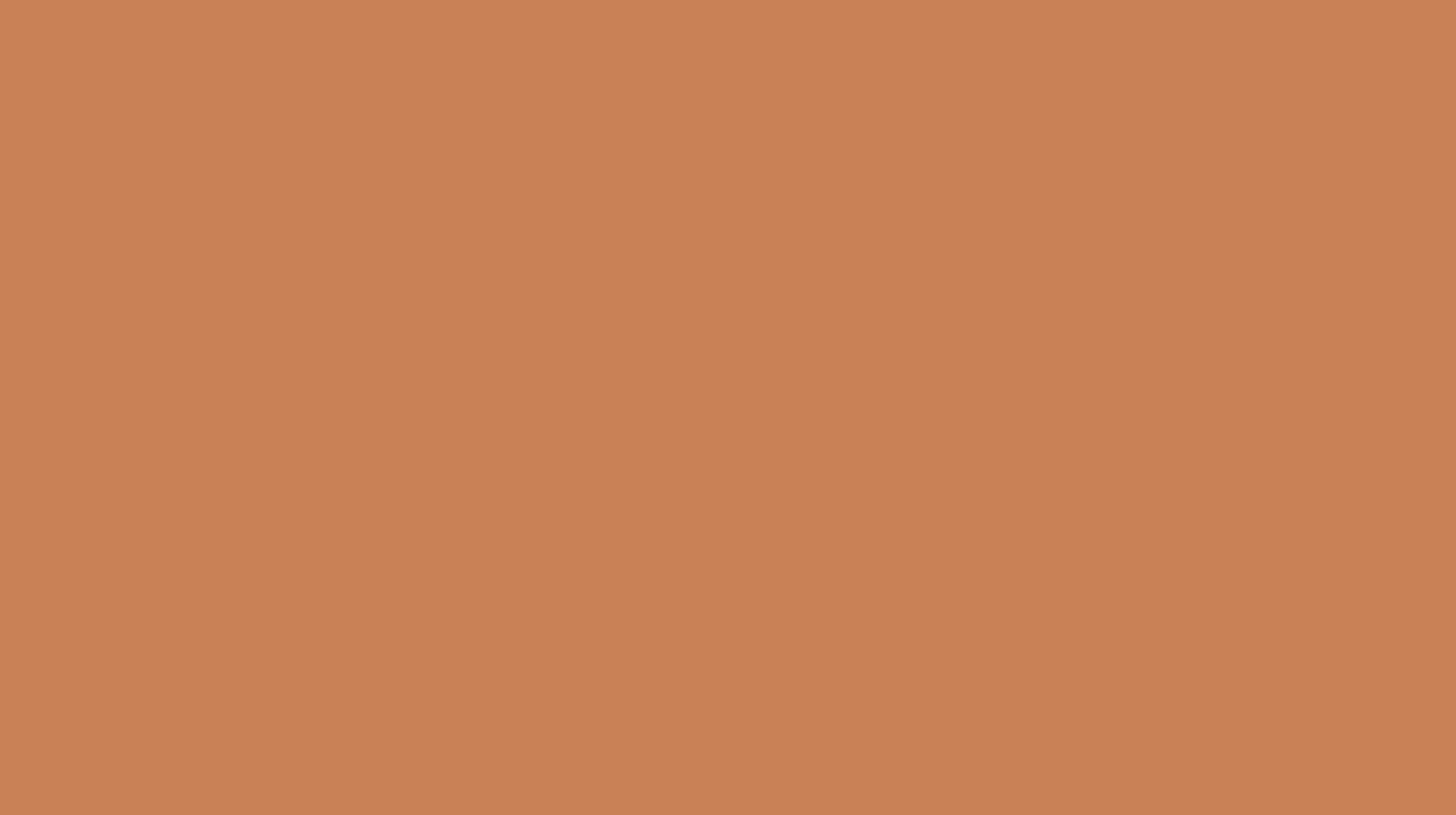 Individuals who reported an increase in cannabis consumption during the pandemic displayed worsening depressive symptoms, a new study suggests.

According to the American Psychological Association, post-traumatic stress disorder (PTSD) is defined as an anxiety problem that develops after extremely traumatic events, such as combat (e.g., affecting war veterans), crimes, accidents, or natural disasters. [1] This results in frequent flashbacks, nightmares, and increased anxiety, leading to decreased sleep time and quality. [2],[3] Additionally, external stressors such as the COVID-19 pandemic can exacerbate stress, anxious, and depressive symptoms, particularly in individuals with a PTSD diagnosis.  [4]

Increasing evidence suggest that PTSD is a known risk factor for increased substance use such that increased depressive and anxious symptoms can increase cannabis consumption in this group of individuals. [5],[6] As such, the endocannabinoid system (ECS) plays important roles in the regulation of stress, depressive, and anxiety behavior as individuals with PTSD have reduced availability of the endocannabinoid anandamide and upregulation of the cannabinoid receptor 1 (CB1R). [7],[8] However, additional studies investigating the link between mental health and cannabis use in PTSD individuals because of the COVID-19 pandemic are needed.

A group of researchers at the University of Ottawa obtained web-based surveys from 462 participants from April 3rd to June 24th, 2020 (first wave of the pandemic in Canada) who self-reported PTSD with varying levels of cannabis intake including increased (54 individuals), no change (66 individuals), decreased (40 individuals) and non-cannabis 303 individuals). [9] They assessed whether cannabis consumption or not affected perceived stress, anxiety and depression symptoms, and clinically important worsening before and after COVID-19.  While all groups expressed worsening of stress, anxiety, and depression symptoms, individuals who increased cannabis intake demonstrated a significant increase in depression scores from before to during the pandemic.

Some of the study limitations noted by the group included the lack of information regarding frequency of use, dosage, or phytocannabinoids composition and reliability on self-reported diagnosis.

The authors concluded: “Overall, those who increased cannabis use during the pandemic were more prone to undergo meaningful perceived worsening of depression symptoms… Future work should aim to prospectively determine whether depression or other comorbidities not addressed in this study are predictive of longitudinal changes in cannabis intake in people PTSD over the remaining course of the pandemic and, most importantly, whether this is accompanied by further worsening in mental health outcomes or whether cannabis may help stabilize certain types of psychiatric symptoms in the context of an external stressor.”

While both compounds negatively regulated the synthesis of milk proteins, co-treatment with a cannabinoid receptor 2 (CB2R) antagonist was able to reverse some of the induced effects.

Pregnancy is a very specific and complex period in a woman’s life, marked by altered physiological and biological changes, with common side effects including nausea, vomiting, swelling, fatigue, and sleep loss. To help reduce those symptoms, an increasing number of pregnant women are turning to cannabis-based products despite the evidence that it can cause harm to the unborn fetus. The offspring born to active cannabis mothers are more likely to have health consequences in later in life including increased risks for obesity or metabolic syndrome, decreased folic acid uptake, low birth weight, increased risk of premature birth, and alteration of prefrontal cortex development. [10] [11] [12] [13]Despite this, 44% of individuals in Canada aged 16 to 19 and 52% aged 20 to 24 are reporting cannabis use, urging the need to better understand its consequences on the female reproductive system.  [14]

The cannabis plant is home to more than 500 known compounds including phytocannabinoids, terpenes and flavonoids, with as many as 140 different phytocannabinoids present including the non-psychoactive molecule, cannabidiol (CBD) and the psychoactive molecule, ∆9-tetrahydrocannabinol (∆9-THC). While studies have shown that both compounds can impact cellular differentiation and function, little is known about their potential impact on the differentiation of mammary epithelial cells (MECs), responsible for secreting lactose, fat, and milk proteins. [15],[16],[17],[18]

A group of researchers from the Department of Pediatrics and the Graduate Program in Medical Sciences at McMaster University in Ontario, Canada, aimed to investigate the effects of ∆9-THC and CBD on the differentiation of MECs via determining cellular viability, lipid accumulation, and gene and protein expression of major milk proteins using HC11 cells, mouse mammary epithelial cells used in research as an vitro model of mammary cell differentiation. [19] Firstly, they found that both compounds reduced cellular viability, levels of milk proteins, and lipid synthesizing and glucose transport markers. Secondly, co-treatment with a cannabinoid receptor 2 (CB2R) antagonist was able to reverse some of the CBD and ∆9-THC’s effects on some of the key expressed markers.

The authors concluded: “Reversal of the effects of THC and CBD following co-treatment with a CB2 receptor antagonist and agonist, respectively, indicates that THC and CBD may be impacting HC11 cell differentiation, in part through CB2. However more detailed investigation is required to further elucidate these findings.”

Cannabis Use & Incidence of Urological Cancers: Results from Questionnaires

This study showed cannabis use was associated with lower risk of bladder cancer, renal cell carcinoma and prostate cancer but not testicular cancer.

The cannabis plant is the most used substance in the world, with about 200 million individuals using the drug. Changes in its legal status are leading researchers and scientists to uncover its potential therapeutic applications for disease states but also understand the negative implications associated with its use. While long-term cannabis use may be linked to cardiovascular toxicity or cognitive impairments, it can also help with nausea, vomiting, and neurological disorders. [20],[21] Additionally, reports have suggested that phytocannabinoids, cannabinoid compounded derived from the cannabis plant, can have anti-cancerous properties, and as such may be an attractive target to treat cancer. [22] However, studies investigating cannabis use impact on urological cancers are lacking. Few reports have shown that cannabis use was associated with a lower incidence of bladder cancer and that it can inhibit cell proliferation, migration, and angiogenesis in urological cancer cells. [23],[24]

Huang et al., aimed to further characterize the relationship between cannabis smoking and the incidence of a wide range of urological cancers from a population-based cohort within the UK Biobank. [25] They evaluated whether cannabis use (separated between never use cannabis and ever use cannabis) was associated with different urological cancers from more than 150 000 participants. Obtained results showed that previous cannabis use was a significant protective determinant for renal cell carcinoma (RCC) and prostate cancer. Additionally, looking at gender differences, previous cannabis use was associated with reduced risks of RCC and bladder cancer in women only. Finally, no associations were found between cannabis use and testicular cancer incidence.

Some of the study limitations included the lack of precision in classifying an occasional cannabis user, questionnaire-based surveys which may increase risks of bias, and the relatively low number of individuals with cancer.

Results from this animal study suggests that γ-terpinene (γ-TPN), a terpene found in the cannabis plant, may be beneficial to reduce cancer-associated pain.

Cancer pain is known impact one’s overall quality of life and is associated with significant public health problems. [26] Hyperalgesia (i.e., increased sensitivity to feeling pain and an extreme response to pain) and allodynia (i.e., pain due to a stimulus that does not normally provoke pain) induced by tumors can lead to increased pro-inflammatory profile, raising neuronal excitability. [27] One of the key elements that helps regulation neurotransmitter release and excitability of the nervous system is calcium. [28] As such, a class of agents called calcium blockers are investigated a potential attractive target to manage chronic pain in different conditions. [29] Additionally, terpenes, naturally occurring chemical compounds responsible for the way most plants smell, have a wide range of biological and pharmaceutical activities including antifungal, antiviral or anticancer properties.  [30]  One of which is γ-terpinene (γ-TPN), present in the cannabis plant, have been shown to exhibit analgesic, anti-inflammatory, antimicrobial and anticancer activity and modulate calcium channels. [31],[32] To improve efficacy of anti-inflammatory and analgesic drugs, a group of molecules called cyclodextrins have been proposed due to their pharmacological effects, lack of undesired side effects and low-cost delivery. [33],[34] However, the use of cyclodextrins, specifically β-cyclodextrins (β-CD) with γ-TPN in reducing pain have not been studied.

A group of researchers from Brazil used mice injected with sarcoma 180 (S180) ascites tumor cells as their experimental model, commonly used in cancer research due to its rapid growth and proliferation in mice. [35] The animals were then injected with either vehicle, β-CD alone or in the combination with γ-TPN or morphine and determined levels of mechanical hyperalgesia and pro-inflammatory cytokines, and any effects on calcium channels.

Results showed that mechanical hyperalgesia was reduced in the mice treated with β-CD alone or in the combination with γ-TPN while also reducing the levels of pro-inflammatory cytokines compared to vehicle-treated mice. Additionally, γ-TPN-treated animals displayed reduced calcium current, suggesting it likely can modulate nociception by reducing the release of excitatory neurotransmitters, and may be a good agent to reduce pain.

The authors concluded: “These findings show that the complexation of γ-terpinene to β-cyclodextrin may be an interesting therapeutic strategy for the control of chronic painful conditions, such as cancer pain. However, deeper additional studies are needed before its clinical use.”