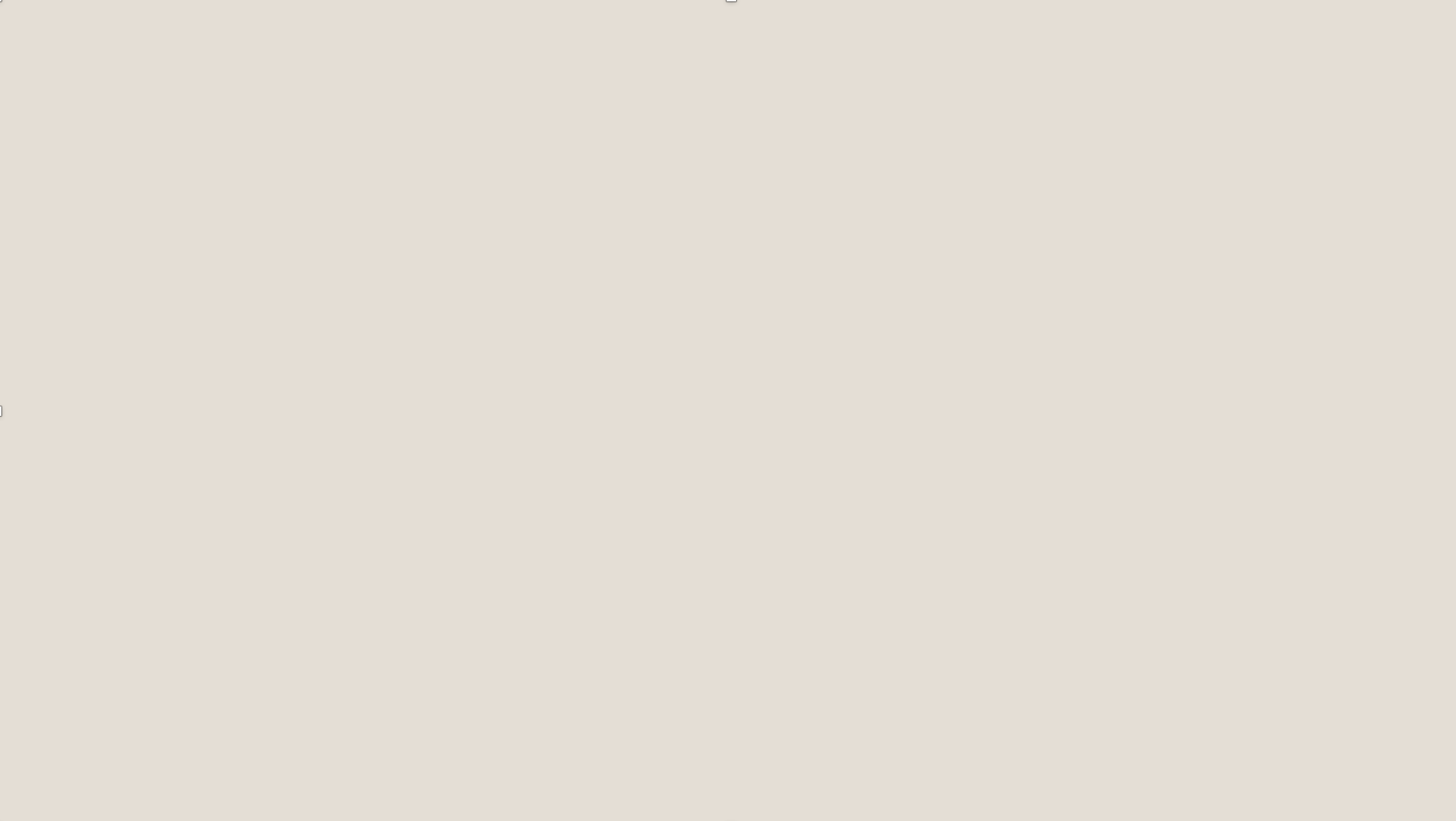 Cannabis Use in Patients with Parkinson’s Disease: Results from an Anonymous Online Survey

Parkinson’s disease (PD) is one of the most common types of neurodegenerative disease, consisting of bradykinesia (slowed movement), rest tremor (or shaking, usually beginning in a limb such as hand or fingers), rigid muscles (which can be painful and limit range of motion), and impaired posture and balance as well as other non-motor features (e.g., olfactory dysfunction, cognitive impairment, or fatigue). [1]

According to the Parkinson’s Foundation, approximately 60 000 Americans are diagnosed with PD each year and more than 10 million individuals worldwide are living with PD. It is estimated that 1.2 million of individuals in the US will be diagnosed with PD by 2030, raising direct and indirect costs including diagnostic tools and treatment. [2]

While current pharmacological and non-pharmacological treatments offer limited relief, there is a need to investigate other alternative approaches that not only will provide improvement in patients’ symptoms and prevent its progression but also reduce these adverse effects. Recently, the clinical potential of medical cannabis has raised awareness among patients, researchers, and clinicians but limited evidence is available. [3], [4]

A group of researchers in Norway aimed to investigate the frequency of use, and attitudes of patients with PD via the use of the Can-PD survey, a 24-item survey of cannabis use patterns. [5]  Among the 520 participants, 21 (4%) were currently using cannabis and 38 (7.3%) have had previous cannabis exposure, with cannabidiol (CBD)-oil being the most frequent type of cannabis products used among the participants. Both groups started using cannabis products mainly to manage symptoms and reported benefits in motor symptoms, pain, and sleep disturbances.

The authors concluded: “these findings are important for clinical practice, as these barriers may hinder the identification of patients using these products… Clinical studies using standardized cannabis dosages are also warranted given the high frequency of benefits of use seen in current users.”

Epilepsy is one of the most common neurological diseases, characterized by an enduring predisposition to generate seizures, which are sudden, uncontrolled electrical disturbance in the brain. [6] It is estimated that around 50 million people worldwide have epilepsy, with 5 million being diagnosed each year. [7] While non-pharmacological and pharmacological approaches are available, alternative therapeutic agents are on the rise.

One of which is the use of cannabidiol (CBD), in which the FDA approved a CBD-based oral medication for the treatment of seizures associated with two rare and severe forms of epilepsy called Lennox-Gastaut and Dravet syndrome in patients older than two years old. [8] However, its mechanism of action remains unknown.

A group of researchers at Harvard Medical School investigated whether CBD can modulate neuronal channels involved in epilepsy. [9]  To do so, they did a series of patch clamp recordings, used to study the electrical properties of isolated cells by measuring the current at different voltages. They found that CBD enhanced the neuronal M-current, a type of current whose activation has antiepileptic properties, suggesting it can reduce the hyperexcitability of neurons, as seen in patients with epilepsy.

The authors concluded: “this study finds that clinically relevant concentrations of CBD enhance neuronal M-current, a potassium current whose activation is antiepileptic… Improved knowledge of CBD’s most important molecular targets should allow for the design of novel compounds that retain its key molecular actions but with improved pharmacokinetics and reduced off-target effects.”

Does Cannabis Smoking Increase the Risk of Myocardial Infarction (MI)?

Myocardial Infarction (MI) or commonly referred to as “heart attack” is caused by a decreased or complete cessation of blood flow to one or more areas of the heart muscle. [10] Heart disease is the leading cause of death for men, women, and people of most racial and ethnic groups in the US, and it is estimated that about 805 000 people have a heart attack every year. [11],[12] While it can happen to anyone, individuals with hypertension, high cholesterol levels, or cigarette smokers (to name a few) are at higher risks to develop a heart attack.

Due to the increasing number of US states legalizing cannabis for medical and recreational purposes, it is necessary to understand not only its potential therapeutic properties but also its impact on cardiovascular effects.

While studies on the topic led to mixed outcomes, Dr. Lehrer, and Dr. Rheinstein, aimed to determine the association of cannabis smoking and MI in the UK biobank cohort, and compared it to red wine use. [13]

Recruiting across 22 UK centers and over 500 000 participants with and without MI, they found that a decrease in MI incidence with cannabis use, similar to red wine (up to 11 or more glasses per week). However, limitations of the study included the disproportion of females in the MI cohort (26%), lack of information on the type of cannabis used, the relatively low proportion of MI participants (0.030%), and the restricted geographical representation.

The authors concluded: “marijuana, which has not been shown to have the favorable physiologic effects of red wine on the heart, does reduce MI risk to an extent comparable to red wine. Perhaps both affect the heart by reducing stress… One or more of these substances may be responsible for the reduction of MI risk we report here. Further studies are warranted.”

Substance use disorder (SUD) is a complex neuropsychiatric disorder affecting the brain reward system and is characterized by a compulsive desire to continue taking the drug despite harmful consequences. [14] These substances are divided into seven classes based on their pharmacological and behavioral effects: nicotine, alcohol, cannabinoids, opioids, depressants, stimulants, and hallucinogens. [15]

Cannabis is known to be the most used illicit substance with a high risk of developing cannabis use disorder (CUD). Reports suggest that up to 30% of cannabis users can develop CUD, and as such, there is need for therapeutic options which would prevent such dependence. [16]

One agent is N-acetylcysteine (NAC), a plant antioxidant naturally found in onion. [17] This molecule has a well-established safety profile, not only with a potential therapeutic candidate for the treatment of psychiatric and neurological disorders, but also used an adjunctive agent to treat addictive disorders including CUD. [18],[19], [20] However, there is a need to gather additional information on its potential application to treat CUD.

As such, a group of researchers from India conducted a systematic review of NAC use in clinical trials to determine whether it can be effective to promote abstinence and reduce craving in CUD. [21]

Following the PICO (Problem/Patient/Population, Intervention/Indication, Comparison, and Outcomes) template, they identified eight randomized, placebo-controlled clinical trials. While some trials demonstrated NAC to be effective in promoting cannabis abstinence and in reducing craving, reported outcomes were mixed, or associated with assessments of depressive-like symptoms. Some limitations included patient dropout, loss of follow-ups, and poor medication adherence, which may have affected the results of the studies.

The authors concluded: “it is premature to conclude that there is a strong level of evidence for NAC use in CUD… the need for future well designed, rigorous and high-quality RCTs with homogenous endpoints to develop an evidence base that can more decisively provide an estimate of NAC effectiveness.”

Understanding how NAC modules the brain reward pathway and/or the cannabinoid receptor 1 or 2 (CB1R, CB2R) may shine new light onto its potential to treat CUD.